To describe them, different rock structures that are formed by natural processes have been given various terms by geologists. A stack is a rock formation which is made up of a steep or upright column or columns of rock in the sea near a coast. They are formed when part of a headland is eroded by water crashing against the rock or as a result of wind erosion. These impressive formations are intricately created by nature only through time, tide and wind. 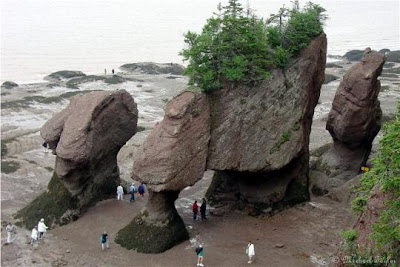 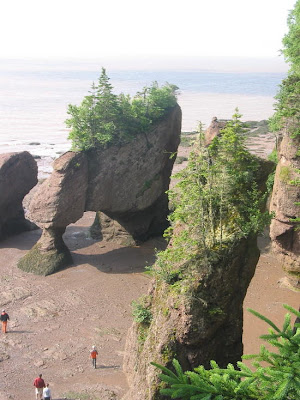 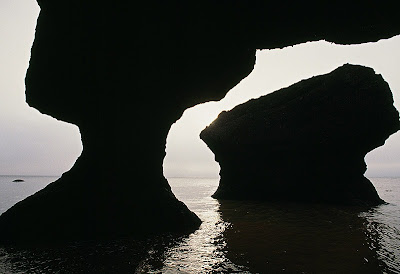 New Brunswick’s icon are dark sedimentary conglomerate and sandstone rock formations called Hopewell Rocks. These natural wonders are created by the tides of the Bay of Fundy: the highest tides in the world reaching up to 30 m (98 ft)which happens twice a day. At low tide, visitors can explore the sandstone pillars and when it’s high tide they can choose to paddle a kayak around the rock formations which bears interesting names such as “ET”, “Mother-in-Law” and “Lover’s Arch.” 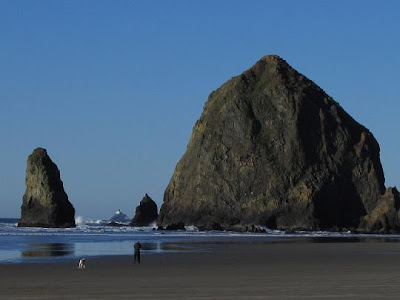 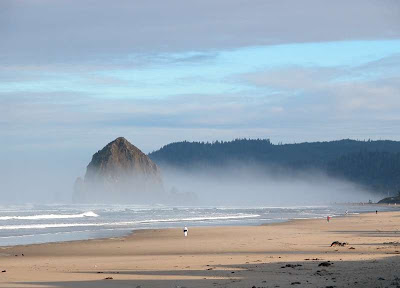 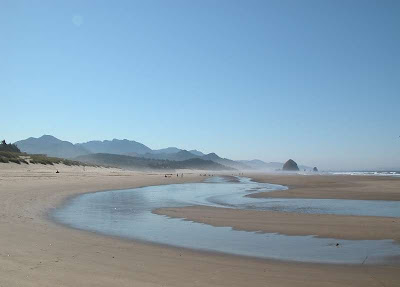 
Rising at 72 m (235 ft) off the coast of Oregon, USA, Haystack Rock is the third tallest volcanic stack in the world. The basalt sea stack was formed by lava flows coming from the Grand Ronde Mountains millions of years ago. The rock used to be a part of the coastline but years of erosion have since separated it from the headland. It is a haven for many sea birds, including terns and puffins. The famous monolith can be seen in the movies: The Goonies, Kindergarten Cop and the 1979 Steven Spielberg movie, 1941. 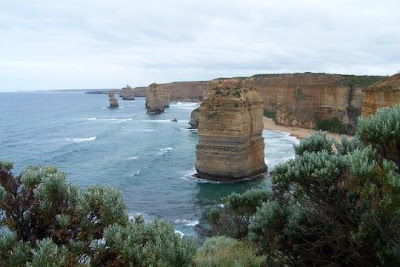 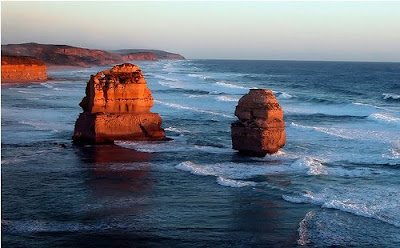 
The Twelve Apostles is a collection of giant sea stacks off the shore of Port Campbell National Park in Victoria, Australia. They were formed by the constant wind and tide erosion of the limestone cliffs that started millions of years ago. The stacks were first formed into caves which later became arches that eventually collapsed to form what was initially called the “Sow and Piglets.” The name was changed in the 1950s to the more tourist-luring name “The Twelve Apostles” even though only nine were left. 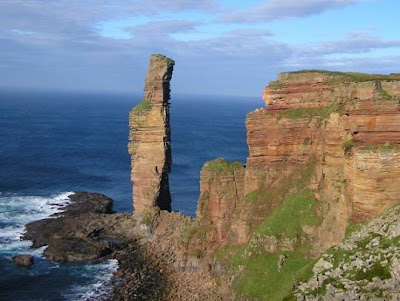 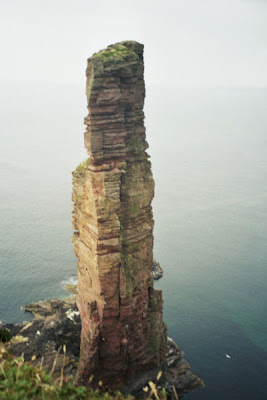 
The Old Man of Hoy is a 137 m (449 Ft) red sandstone stack in the Island of Hoy, Scotland. It is believed to be about 400 years old and will probably not exist for long as there are indications that it doesn't have much time left standing. The Old Man is a famous rock climbing site that was first conquered in 1966. The famous stack appears in the opening scene of the 1984 Eurythmics video “Here Comes the Rain Again.” 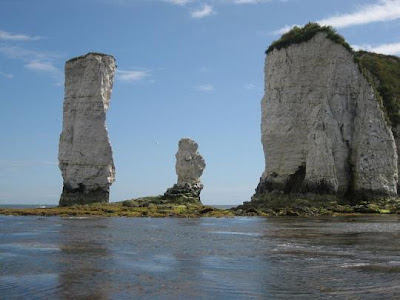 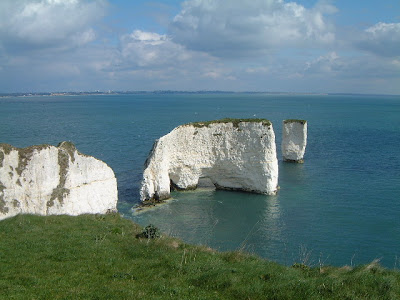 Old Harry Rocks is a collection of chalk stacks in Dorset, England. They are part of the Jurassic Coast World Heritage Site. Due to erosion, Old Harry may not exist for long. Some of the stacks have already fallen including Old Harry’s original wife which fell in 1896. Different groups have been working on saving the formations. 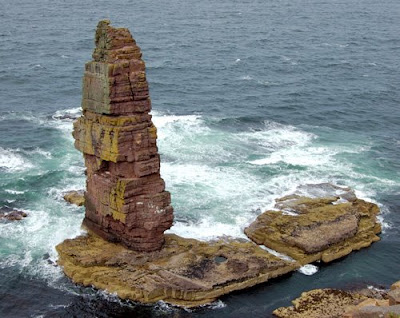 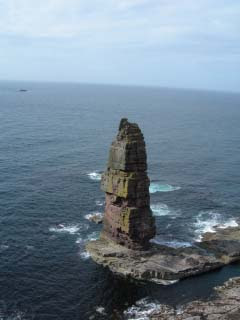 
Am Buachaille is a tall vertical rock formation in the Scottish county of Sutherland. The stack was first climbed in 1968. Am Buachaille means “The Shepherd” in Scottish Gaelic. 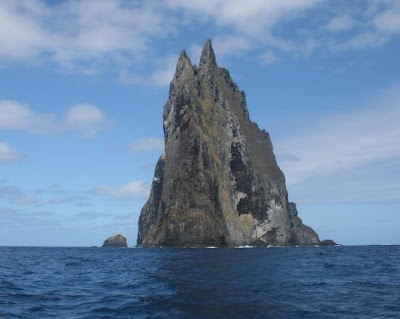 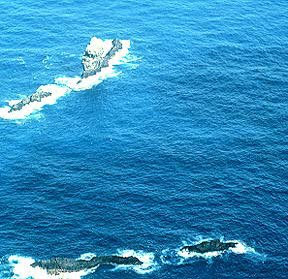 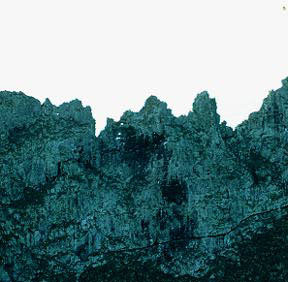 Ball’s Pyramid is a 562 m (1,843 ft) high volcanic stack in the Lord Howe Island Marine Park in the Pacific Ocean. The formation which is a volcanic plug of a shield volcano and caldera that formed millions of years ago is the tallest volcanic stack in the world. The summit was first successfully conquered on Valentine’s Day in 1965. 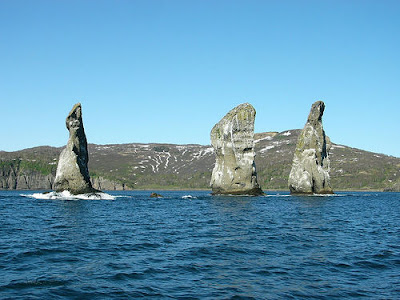 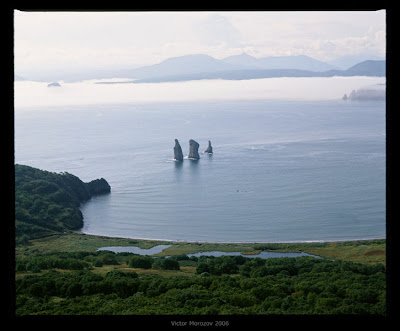 At the entrance of Avacha Bay lies Tri Brata, a trio of scenic stacks which is considered a symbol of Petropavlovsk-Kamchatsky, the main city of Kamchatka Krai, Russia. Legend has it that three brothers who went to defend a town from a tsunami turned into pillars of stone. 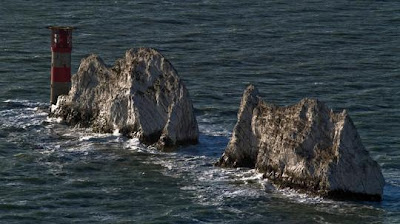 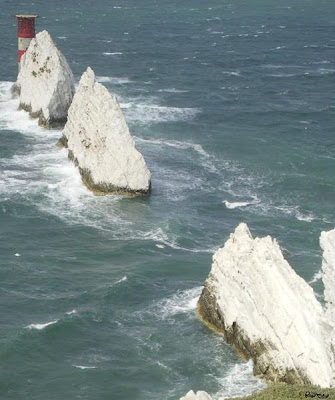 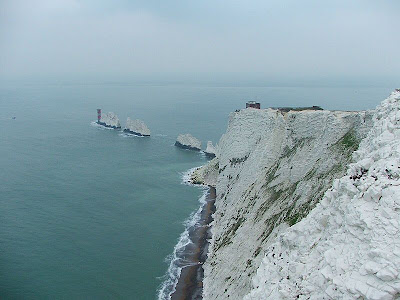 
The Needles is a set of three chalk stacks in the Isle of Wight, England. The name comes from the 36 m (120 ft) needle-shaped pillar called Lot’s wife which collapsed in 1764. A 33 m (109 ft) high lighthouse stood at the western end of the formation since 1859. The rock columns were featured in the 2005 TV program Seven Natural Wonders as one of the wonders of Southern England. 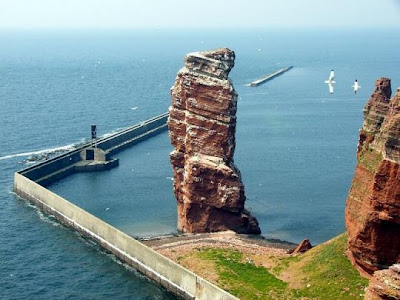 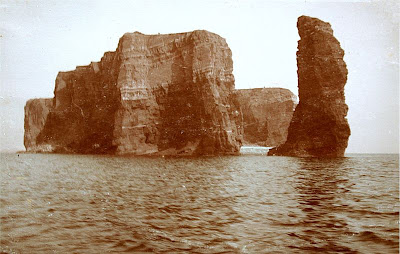 
Lange Anna (“Long Anna” or “Tall Anna”) is a prominent 47 m (154 ft) free standing sea stack in the colorful sandstone island of Heligoland, a German islet in the North Sea. The rock column is estimated to weigh about 25,000 tons. The base of the rock formation is protected by a seawall from further erosion and possible collapse caused by the tides.
Labels: Amazing Facts