My love of salt is no secret (as anyone who has read some of my food lists will know) so it seems a fitting subject for a list of fascinating facts (another thing I love). I have tried to restrict the list to facts that are less likely to be well known - but in some cases the facts are quite common. If you have any other facts to add to this list, be sure to do so in the comments. 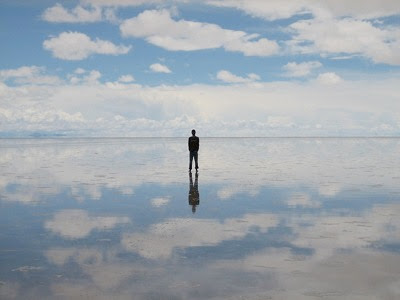 1. Right up to the 20th century, pound bars of salt (called amoleh) were the basic currency in Abyssinia (now called Ethiopia).

2. The amazing Salar de Uyuni (the world’s largest salt flat at 4,000 square miles) in Bolivia becomes mirrorlike when a thin layer of water lies on top. This reflectivity makes it a very useful tool in calibration scientific equipment from outer space. This amazing salt flat also contains half of the world’s supply of lithium. The salt flat is pictured above.

3. Salt is so essential to the body that if you drink too much water it can flush it out of your system and cause fatal Hyponatremia. This is what killed Jennifer Strange who entered a “Hold your wee for a wii” competition.

4. Consumption of too much salt can be deadly - you need to take about 1 gram of salt per kilogram of weight to die and this was used as a method of ritual suicide in China - especially amongst the nobility as salt was so expensive.

5. Good quality sea salt contains many essential minerals for the body. The best type of sea salt should be slightly wet from the sea it was taken from. 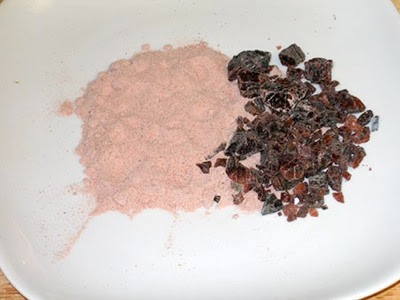 6. In the Middle Ages, salt was so expensive it was sometimes referred to as “white gold”. The medieval pavement of one of the transportation routes for Salt still exists in Germany where it links the inland city of Lüneburg to the German Baltic coast.

7. Black Salt is made in India by mixing salt water with harad seeds. The mixture is left to evaporate leaving behind black lumps of salt. When the salt is ground, the resulting powder is pink (as can be seen in the image above).

8. In Guerande, France, salt is still gathered in the same way as it was by the ancient celts, using baskets through which the sea water is strained. This makes the salt very expensive and highly sought after, especially the finest quality version called Fleur de Sel (flower of salt). This salt is sprinkled on food prior to serving - it is never used in cooking.

9. There is a very common misconception that Roman soldiers were paid in salt (hence the word Salary), but in fact they were paid in normal money. The connection with salt is possibly through the fact that the soldiers protected the salt roads leading to Rome (Via Salarium). Roman Soldiers were private employees - rather than state employees.

10. Before Biblical Judaism ceased to exist, salt was mixed with animal sacrifices. This originated from Moses in Leviticus 2:13 which states: “Whatsoever sacrifice thou offerest, thou shalt season it with salt, neither shalt thou take away the salt of the covenant of thy God from thy sacrifice. In all thy oblations thou shalt offer salt.” The salt was a symbol of wisdom and discretion. 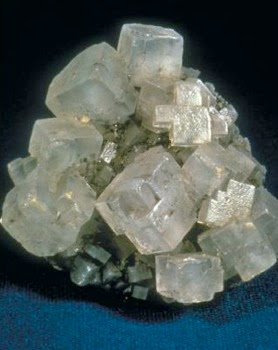 11. After aviation fuel is purified, salt is mixed with it to remove all traces of water before it can be used.

12. Sodium Chloride (salt - pictured above) is formed when the unstable metal sodium reacts with chlorine gas. It is the only family of rocks regularly eaten by humans.

13. In the early 1800s salt was 4 times as expensive as beef on the frontier - it was essential in keeping people and livestock alive.

14. Only 6% of the salt used in the U.S. is used in food; another 17% is used for de-icing streets and highways in the winter months.