Travel broadens the mind. At least that’s what they say. And with the holidays approaching, one’s mind inevitably turns to travel. For many, this means the annual pilgrimage home for big, turkey-laced family gatherings. For others, as witnessed by the film Four Christmases, others take advantage of the opportunity to skip the predictable fights and family drama, and opt instead for a spot of globe trotting. Depending on where and when you go, you‘re sure to discover stranger things than kissing under the mistletoe. Take a look at some of the bizarre things you‘ll find. 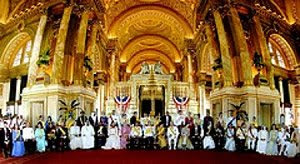 1. Thailand -
You think your family’s complicated? Try being a member of the royal family of Thailand. Deeply revered by the Thai people, the royal family speak a private and ancient language known only to themselves and a privileged few. 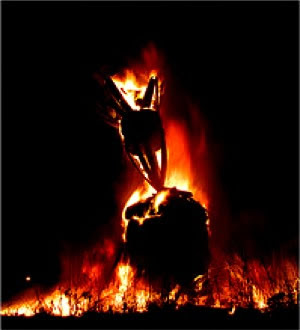 2. Scotland -
Ever wonder why you sing ‘Auld Land Syne’ on New Years Eve? The poem was written by Scottish poet Robbie Burns, and is sung at the time of year when Scots go wild. The Scottish New Year celebration, called Hogmanay, includes some of the most unique traditions you’ll ever come across, such as settling debts, ‘first footing,’ and the ‘Burning of the Clavie.’ The Clavie, a barrel of tar and wood shavings, is nailed to a post, set alight, then carried clockwise around the town, until set to burn on a hillside stone alter. 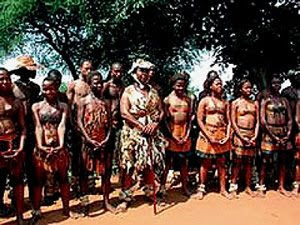 3. Botswana -
New Years is also important to the Tswana People , who believe that married couples must have sex at midnight on New Years Day to ensure a prosperous year. And many divorces soon follow, if one of them fails to report for the ceremony. 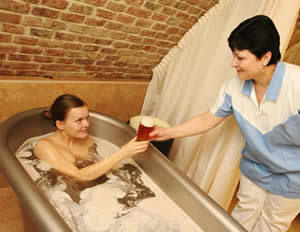 4. Czech Republic -
Have you ever wanted to bathe in beer? Now you can. In the Czech Republic, beer baths are becoming a very popular restorative cure at spas and other health facilities. Rejuvenating for the nerves and skin, patrons relax and soak in barrel-shaped tubs filled with a special dark brew. So now you can take a bath and come out smelling like a drunk! Sounds great. 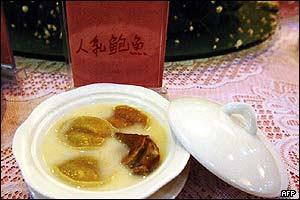 5. China -
You expect to eat strange and exotic foods when you travel, but in southern Hunan you can enjoy something you haven’t had since you were a baby: Breast Milk. Supplied by local women nursing babies, restaurants prepare distinctive cuisine dishes made with human milk, full of flavor and maternal love. 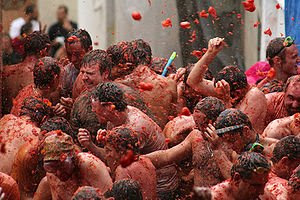 6. Spain -
On the last Year, the streets of Buñol in the Valencia region of Spain run red…with tomatoes. The celebration of La Tomatina is a week long tomato festival, culminating in the ultimate food fight: Tens of thousands of people and more than one hundred metric tons of over-ripe tomatoes are thrown in the streets. 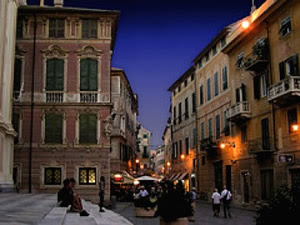 7. Italy -
From Italian cuisine we’ve come to expect pasta and wine. But the Friday before Lent, the citizens of Ponti will be eating an omelet made from 1000 eggs. This notorious pre-Lent bender allows everyone to enjoy rich foods before the Lenten fast. Makes you wonder how they find a big enough frying pan. 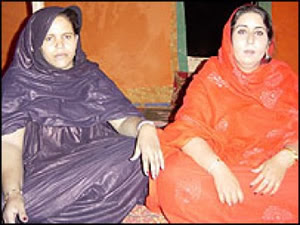 8. Mauritania -
Obesity is so revered in the Islamic Republic of Mauritania, that young girls are routinely force-fed as part of a severe beauty regime. Mauritanian girls cannot hope to catch husbands unless they weigh as much as 60 to 100 kg, and are punished if they do not eat. Wife-fattening farms and appetite stimulating drugs are not uncommon. 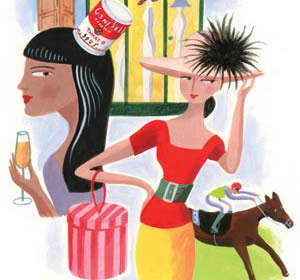 9. France -
November 25th is the feast day of St. Catherine of Alexandria, the patron saint of unmarried ladies. In France, women pray at the statue of St. Catherine for husbands, and honor ‘Catherinettes,’ unmarried women over 25, with cards and gifts of hats or crowns. The tradition of the St. Catherine bonnet has led fashion houses to display their hats in big parades. 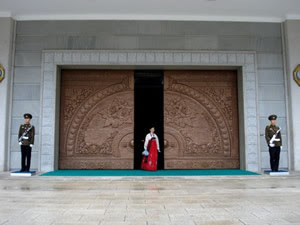 10. North Korea -
The Catherinettes would have nothing to worry about in North Korea, as marriage is forbidden by law until the age of 25 for women and 27 for men. The prohibition allows citizens to complete compulsory military service and other civic duties. 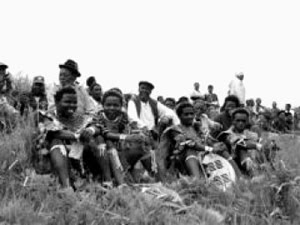 11. South Africa -
Polygamy, an outrage in Western culture, is widely practiced throughout Africa. Among the Zulus, three isn’t a crowd, and a chief is permitted to have as many wives as he can afford. 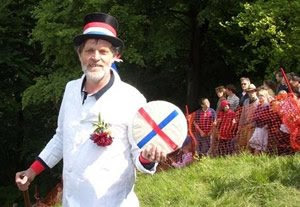 12. England -
If you’re thinking of taking up a new sport, try England, where in addition to cricket and rugby, you’ll discover a sport unlike any other: Cheese Rolling. In Brockworth, Gloucestershire, crowds gather to the top of the famous Cooper’s Hill. A round of Double Gloucester cheese is rolled, and competitors race down the hill after it. The first person over the finish line at the bottom of the hill wins the cheese. But cheese rolling can even be dangerous, as speeds increase to 70 mph, enough to knock over and injure spectators. 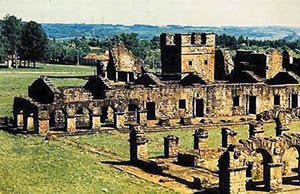 13. Paraguay -
Anyone who’s seen the Shrek sequels has fallen in love with the swashbuckling Puss n’ Boots. But today we tend to think of dueling as silly and archaic. Not to mention dangerous. Surprisingly enough, dueling is still legal in Paraguay, provided that the participants are registered blood donors. 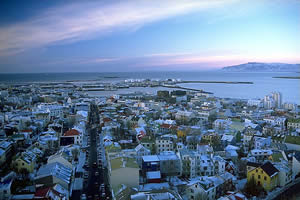 14. Iceland -
Beware of the Dog, or rather, the Dog ban. In the capital city of Reykjavik, it is illegal to own a dog. Probably not an issue unless you travel with one as an accessory, like Paris Hilton. But it’s well worth leaving it at home, for the beauty Iceland has to offer. 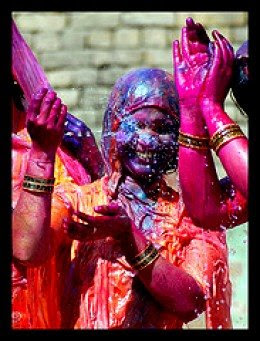 15. India -
The celebration of Holi, a thanksgiving festival in India, is a time a fraternity and levity. Known as the Festival of Colors, people dress in white clothing and stain each other with colored powders and tinted water throughout the streets.
Labels: Amazing Facts